“They were the only people there for me when I desperately needed help with my mother.”

“The staff is remarkable!”

Email us info@DementiaNC.org to connect with our team! 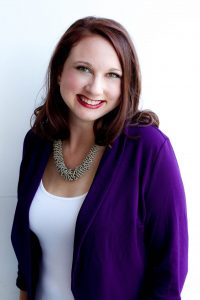 A North Carolina native, Heather Hooper has 15 years of experience in the fields of nonprofit management and philanthropy.

Heather has led the Dementia Alliance of North Carolina since August 2018. Prior to her role with DA-NC, she was the Director of Development for the College of Veterinary Medicine at North Carolina State University where she worked with donors and clients to provide over $1.4M in resources for the college.  Previously, she was the Executive Director of the Lung Cancer Initiative of North Carolina. Under her tenure, the organization went from a startup to a sustainable organization which tripled in revenue and funded over $1.1M in lung cancer research. She also was instrumental in rebranding and developing new programs to serve the state’s lung cancer community.

Heather developed a passion for working in the nonprofit sector after losing her father to cancer in 2005. This experience gave her a strong appreciation for nonprofit organizations who improve the quality of life for people in our community and their caregivers.

Heather has a BA in Communication and a minor in Nonprofit Studies from North Carolina State University.  She also has a certificate in nonprofit management from Duke University.

In her spare time, she enjoys running, listening to podcasts and spending time with her husband, Bo and kids, Jake & Stella. Since graduating from Concord University in 1987 with a Bachelor of Social Work (BSW) degree, Dee Dee has spent the last 28 years working with people with dementia, their families and professional caregivers. 19 of those years have been spent with DA-NC. Prior to joining the staff of DA-NC, Lisa served as a corporate memory care specialist assisting independent, assisted and skilled care communities in seven states across the Southeast. After graduating with a Bachelor’s degree in Psychology from University of Florida, Lisa began working in skilled nursing facilities. It was there she learned her passion for assisting people with dementia and their families. 30 years have passed and she continues to work toward improving the quality of life for people living with Alzheimer’s disease and other memory impairments. Rosalind Pugh-Scott is a Human Service Professional whose career track includes over 10 years of experience working with people living with dementia, their families, and the aging population.

Rosalind has worked with several programs and evidence based research projects that are specific to dementia such as: NC Project CARE, the only state funded program for Dementia Caregivers; Center for Outreach Alzheimer’s Aging and Community Health (COAACH) a program through NCA&T focusing on research specific to the impact of Alzheimer’s in the African American population; Family Caregiver Support Program a national program that supports and assist families and informal caregivers to care for their loved ones at home for as long as possible.

She received her Bachelor of Science in Health Care Management from Clarkson College in Omaha, NE and her Master of Science from Capella University in Minneapolis, MN. Rosalind is a U.S. Army Veteran with 6 years of service.

As an AMVET Vice Commander, she chaired multiple Veteran Day parades. Rosalind is also an active AARP Volunteer and involved with many Veteran’s initiatives. After two agency leadership positions, Diana launched her own design firm with fellow coworkers and later transitioned to freelance work while raising her four children. More recently, Diana incorporated her creative skills with her concern for the environment by launching a creative reuse pilot project for Goodwill and relocated to Durham, NC in 2017 to serve as the Marketing Director for the Scrap Exchange.

In her free time as an emerging metal sculptor, Diana creates gates, landscape art and furniture from reused steel. Morgan is passionate about building relationships and connecting with others to make a positive impact in the community.

Outside of work, Morgan enjoys drinking strong coffee and spending time with her family.